Here are some highlight stories from our work in the areas of Environment, Social, Governance and Beyond the Mine. 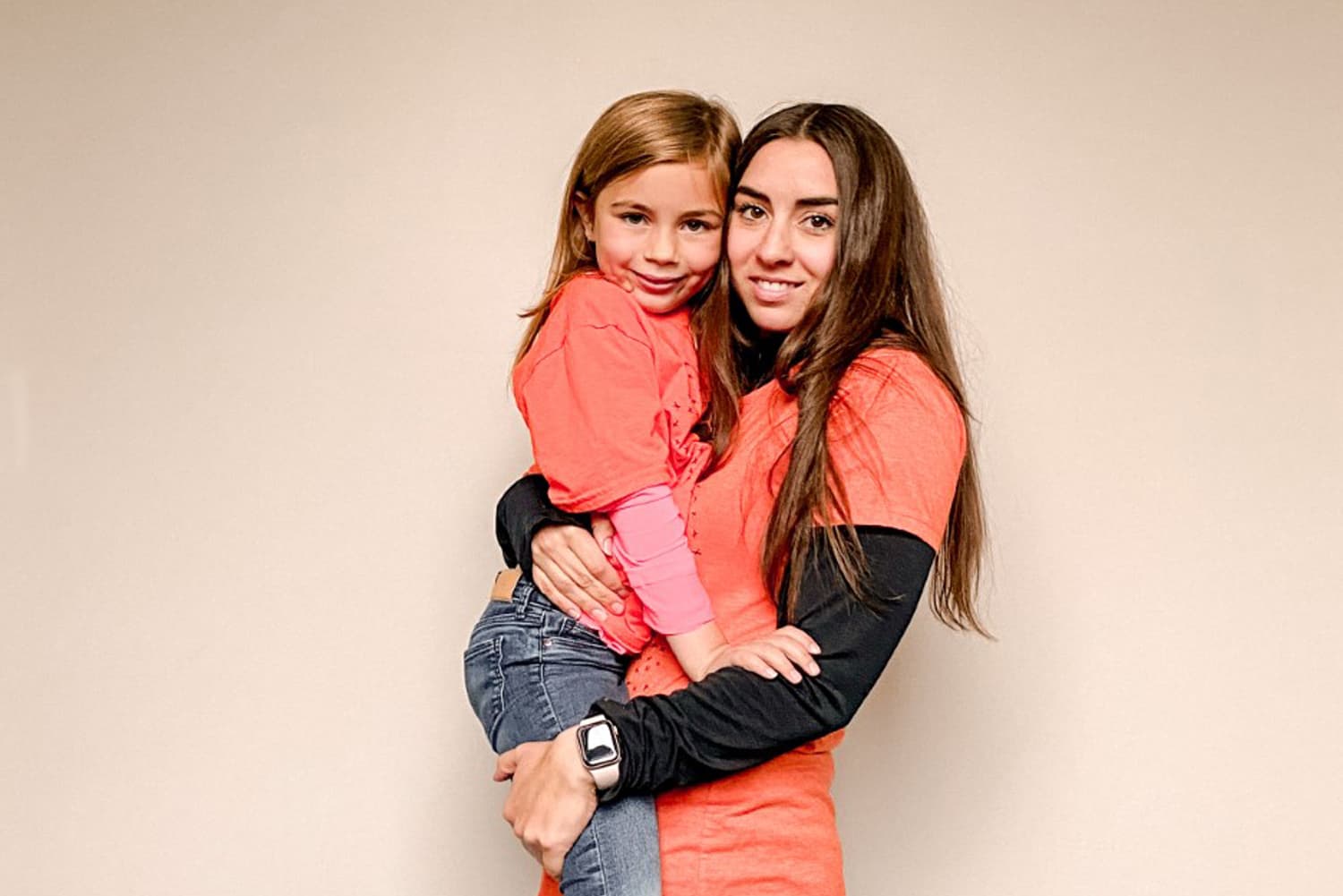 “To me, resilience is about challenging the status quo and not settling into ways things have been done in the past. By listening to others and using my voice to provide education and understanding, we can be resilient together, and create positive solutions that push the needle on inclusivity.”

The conservation of the village of CSP’s cultural and historical heritage is one of the priorities of the Comprehensive, Inclusive and Participatory Plan for CSP’s closure.

In May 2021, CSP concluded its restoration work for the Religious Complex of St. Peter the Apostle, a cultural site that dates back to the 18th century. The church had not received maintenance or restoration work of this magnitude, highlighting the historical significance of the project that began in January 2020.

This work is recognized as the greatest cultural legacy that New Gold has provided the state of San Luis Potosí and the municipality of Cerro de San Pedro.

This work is recognized as the greatest cultural legacy that New Gold has provided the state of San Luis Potosí and the municipality of Cerro de San Pedro. 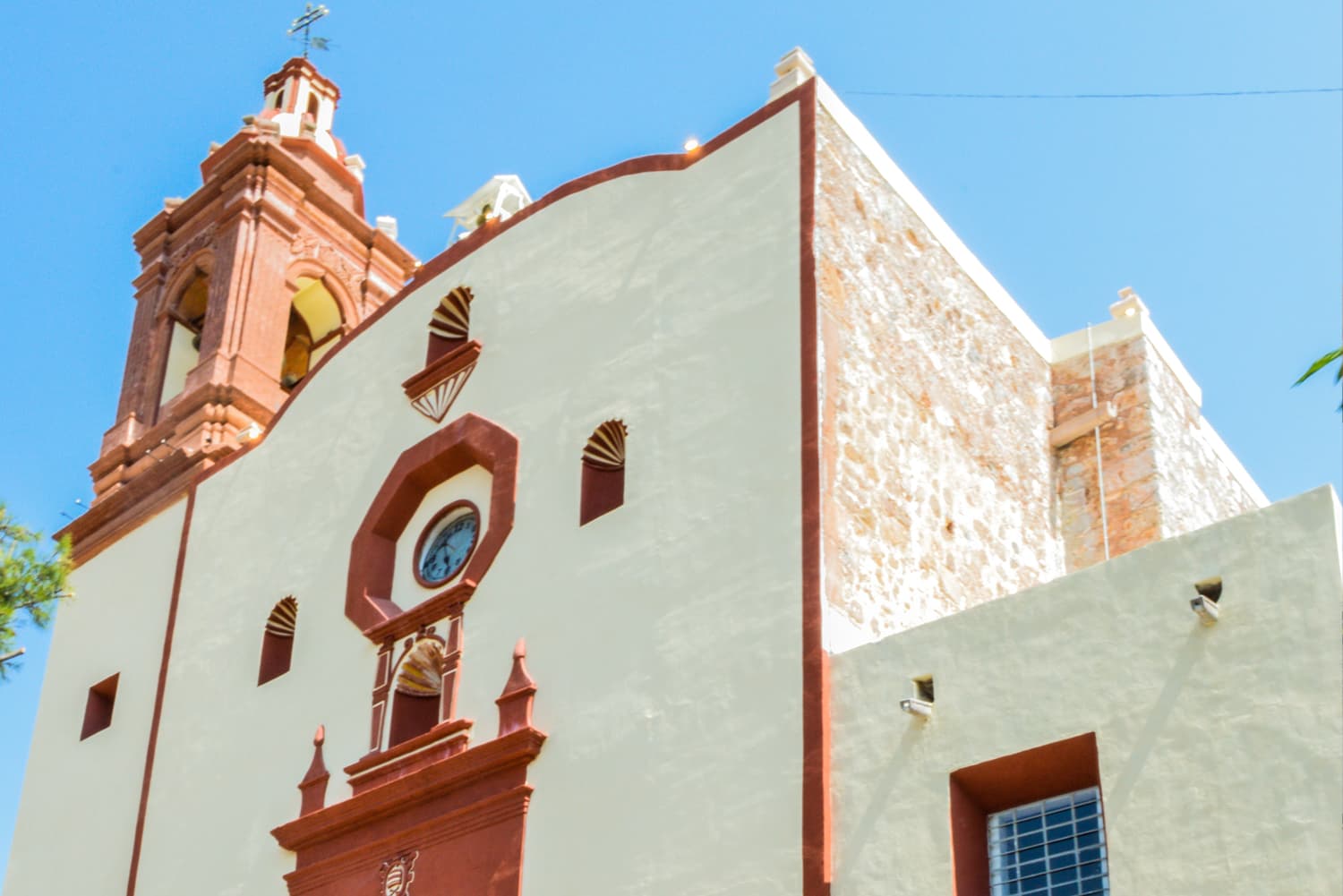 September 30, 2021, marked the first National Day for Truth and Reconciliation in Canada. It was an opportunity to gather, listen and pay respect to the over 150,000 First Nations, Inuit and Métis children who were forcibly removed from their families to attend residential schools from the early 1800s to 1997.

New Afton and Rainy River made the time and space for employees to gather and honour the lives that were lost, as well as the courage of survivors who continue to share their stories.

Coinciding with Orange Shirt Day, both sites handed out orange shirts to employees and provided opportunities to learn about Indigenous culture.

At New Afton, a stop work order was placed for 2:15 PM so that all employees could take a moment to reflect and honour the missing children. During this time an underground miner drummed and sang over the radio and a socially distanced gathering was held outside. At Rainy River, employees reflected on the tragedy while personal offerings of tobacco (Asemaa) were provided and cultural teachings were offered at the mine site Roundhouse.

Leading up to Orange Shirt Day, a Rainy River employee suggested painting one of the mine’s haul truck boxes orange with the “Every Child Matters” logo. The initiative coincided with the launch of Rainy River’s Colours for a Cause Awareness campaign, which aims to increase awareness of health, wellness and social causes. The unveiling of the orange truck kicked off the campaign. 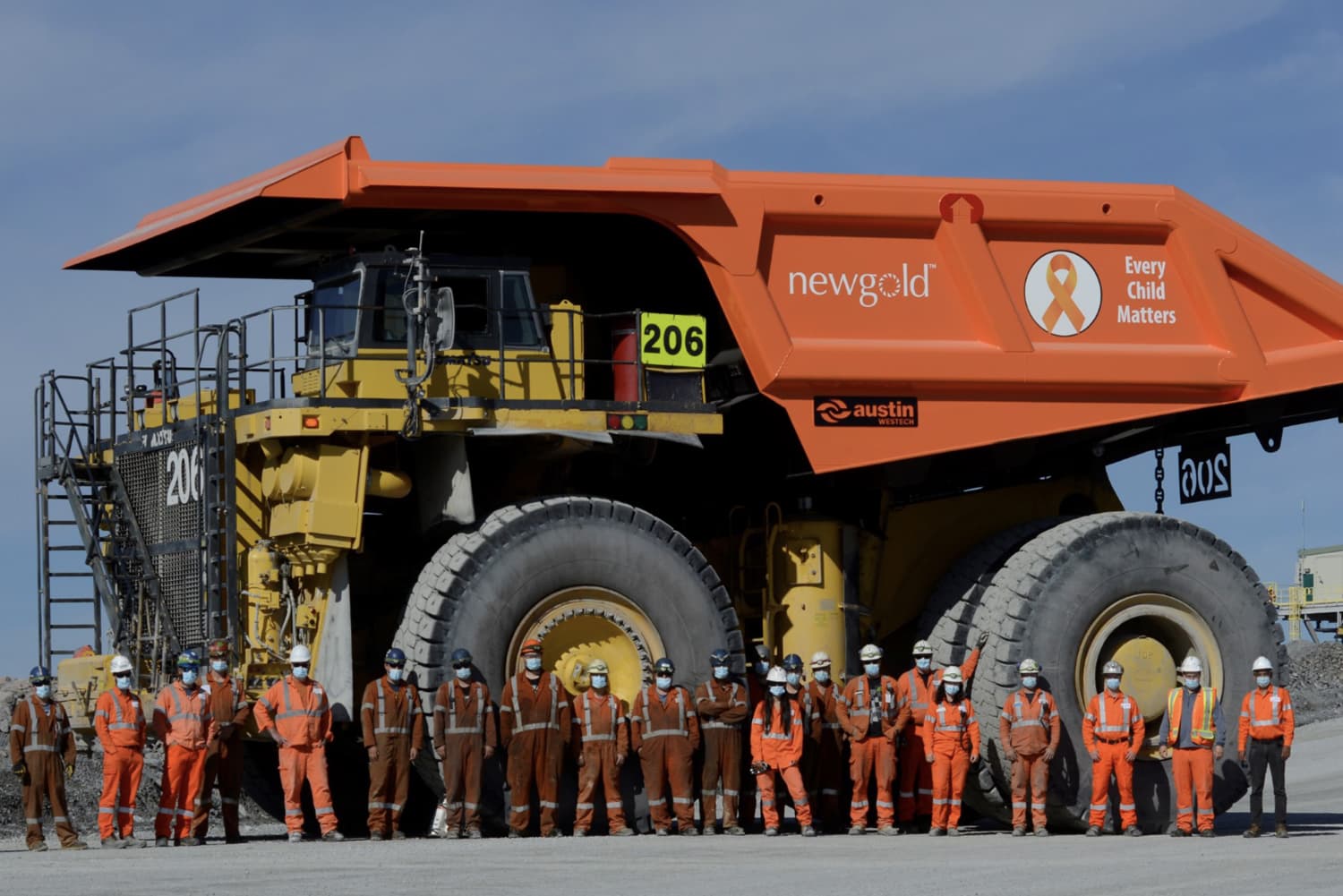 Leading up to Orange Shirt Day, a Rainy River employee suggested painting one of the mine’s haul truck boxes orange with the “Every Child Matters” logo. The initiative coincided with the launch of Rainy River’s Colours for a Cause Awareness campaign, which aims to increase awareness of health, wellness and social causes. The unveiling of the orange truck kicked off the campaign.

Together, New Gold and SSN worked collaboratively to build on an agreement that has been in place since 2008, and amended in 2011, which was formerly the Participation Agreement. The new CA modernizes their relationship, sets out improved engagement processes and provides both parties with legal certainty.

The objective of the CA is to establish a cooperative and mutually beneficial working relationship that fosters an understanding and awareness of the parties’ respective interests.

The agreement includes a consent-based decision-making process, based on Secwépemc law and legal standards, that encourages the parties to work together to secure and maintain SSN’s consent to the Project.

“We are proud of this historic achievement for our Nation and the mining industry. We know it silences critics who say you cannot move from consultation to consent and create greater legal certainty. We have and it is based on a decade of trust,” Kúkpi7 (Chief) Rosanne Casimir said in a press release following the signing.

“New Gold is committed to continuing to improve and build authentic relationships with Indigenous partners across all our operations, and we are proud of the work the New Afton team and SSN were able to do together to build this agreement”, said Renaud Adams, President and CEO.

The objective of the CA is to establish a cooperative and mutually beneficial working relationship that fosters an understanding and awareness of the parties’ respective interests. 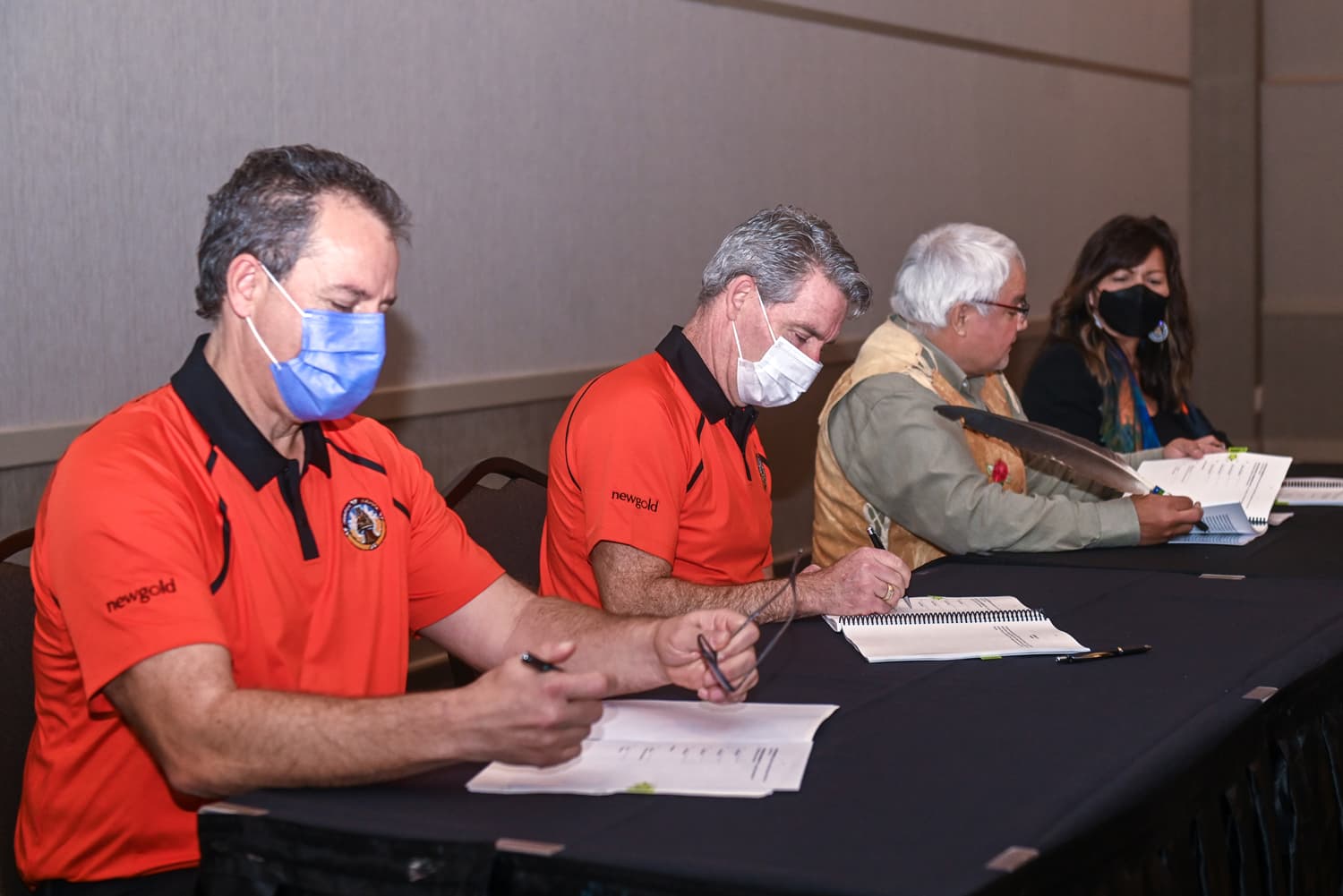 In 2021 New Gold formed a company-wide DE&I Committee. The DE&I Committee has 14 members representing all areas of the operation and three New Gold locations: Corporate Head Office, New Afton and Rainy River. The aim of the DE&I Committee is to determine a baseline and identify areas for improvement with respect to diversity and inclusion.

“It is one thing to be a leader in energy and automation, but we want to aim to become a leader in the areas of diversity and inclusion,” said Mary-Beth Harrison, New Afton’s HR Manager and DE&I Committee member. “The greater number of different perspectives and backgrounds we have on site, the more creative and innovative we can be, which aligns with our Core Values.”

Although New Gold is not far behind from a mining perspective, Harrison said there is still a lot of work to be done.

The DE&I Committee plans to review current policies and job descriptions to ensure there are no gender-based biases that could be limiting in any way. The DE&I Committee aims to understand existing barriers at New Gold and look toward best practices for recruitment and retention.

In the future, the DE&I Committee will work to share their success stories to challenge stereotypes in the mining industry. 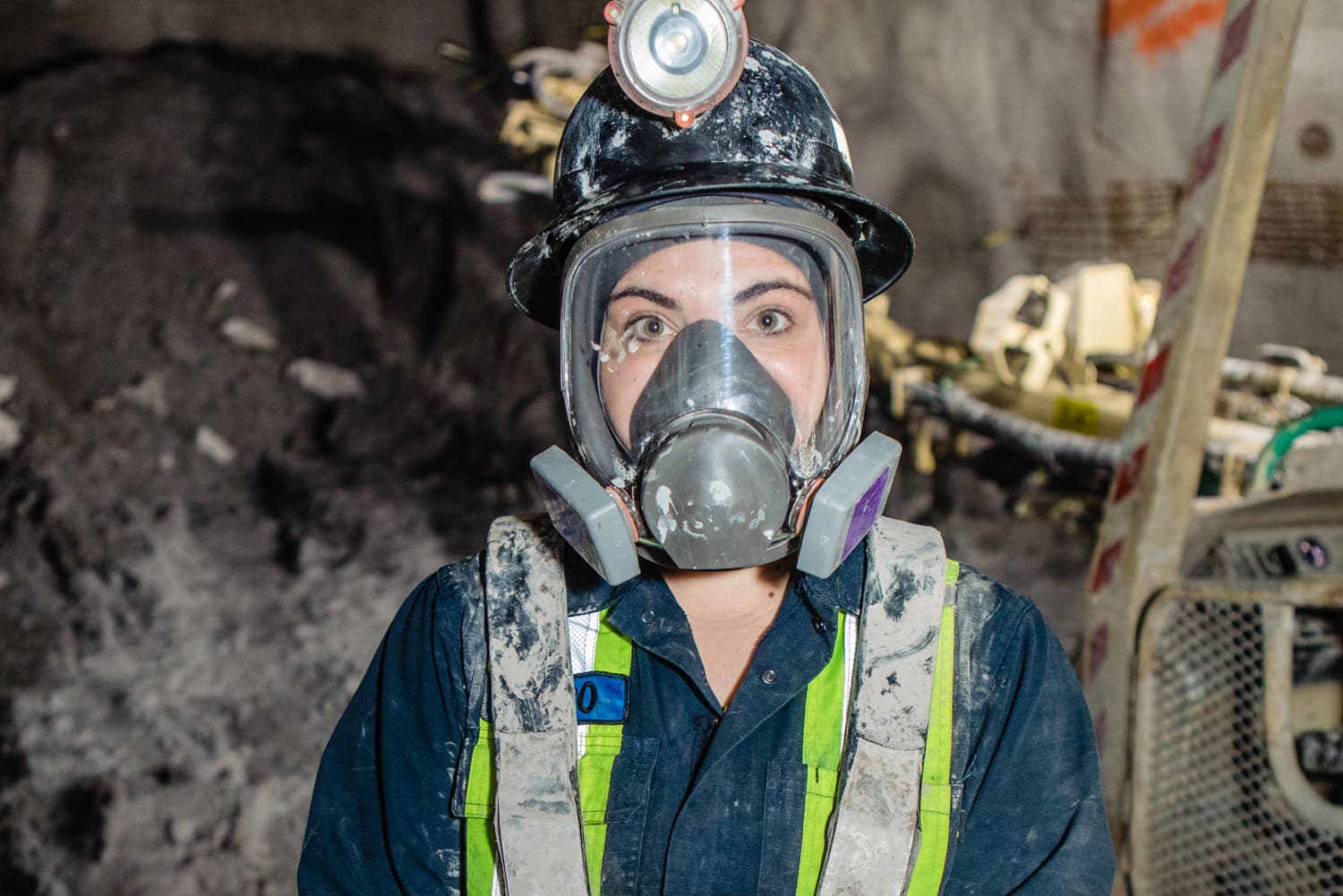 Carrying 25 kilograms of folded hose for 500 metres, dragging 140 pounds of deadweight or wearing a mask while carrying a pack up five flights of stairs is not something that everyone would willingly sign up for—but 10 new recruits found themselves completing those tasks and more to secure a spot on New Afton’s Fire & Mine Rescue Team.

In 2021, 28 hopefuls applied to join the team but only 10 spots were available, bringing the number of active team members to 45. This number enables New Afton Fire & Mine Rescue to have 24-hour coverage, seven days a week.

Traditionally, New Afton Fire & Mine Rescue has consisted mainly of underground miners but in 2021 membership expanded to better serve the entire site. The new recruits will further the team’s resiliency by bringing in different perspectives and expanding representation across the site.

Two of the new recruits are the only females on the team. In early 2022, the Team welcomed a third female recruit. There have been female team members in the past, but not for several years.

“I have always been very interested in first response. Ever since I was a teenager, I wanted to be involved in high-pressure situations,” says Lisa Newman, an Electrician and Instrumentation Mechanic. “New Afton Fire & Mine Rescue is a really great group that has each other’s backs.”

Newman has worked at New Afton for 11 years, but the timing to join had not worked until now. She had to balance raising her family, obtaining her Red Seal certification and focusing on career development.

Tyne Roberts, a junior environment scientist, has experience as a volunteer firefighter and applied because she likes the camaraderie that comes with being part of an emergency response team.

“I really appreciate the other members,” Roberts says. “They’re all very supportive. One of my favourite aspects of Fire & Mine Rescue is the camaraderie  and teamwork—the members are always there to help.”

“New Afton lives by its values, one of them being teamwork. We work together as a team and resilience comes naturally through helping each other and overcoming any obstacles that are put before us.” 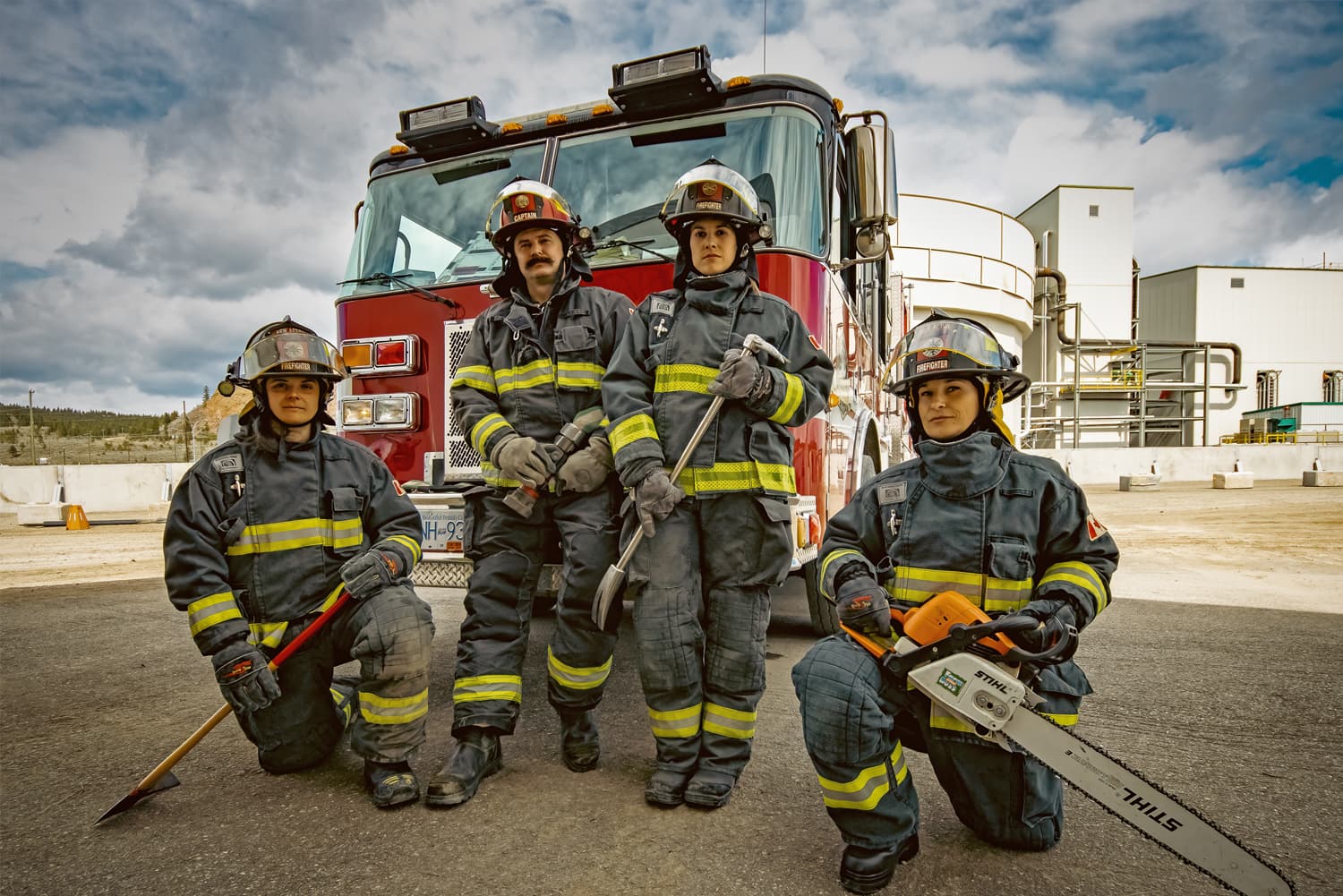 Keeping Our Employees and Community Safe Through COVID-19

COVID-19 has greatly impacted our lives. Throughout the pandemic, Rainy River has worked to minimize impacts and protect our people and communities through on-site testing.

With a more in-depth understanding of COVID-19, and increased testing supplies and capabilities, our safety protocols have evolved at site to ensure adherence to public health and government guidance.

At the beginning of May 2021, New Gold began testing all employees at the mine site on the first day of their rotation. Additional testing also occurred based on a daily screening questionnaire. The increase in testing allowed Rainy River to respond to issues in a timely manner, representing an important step in keeping the site safe. 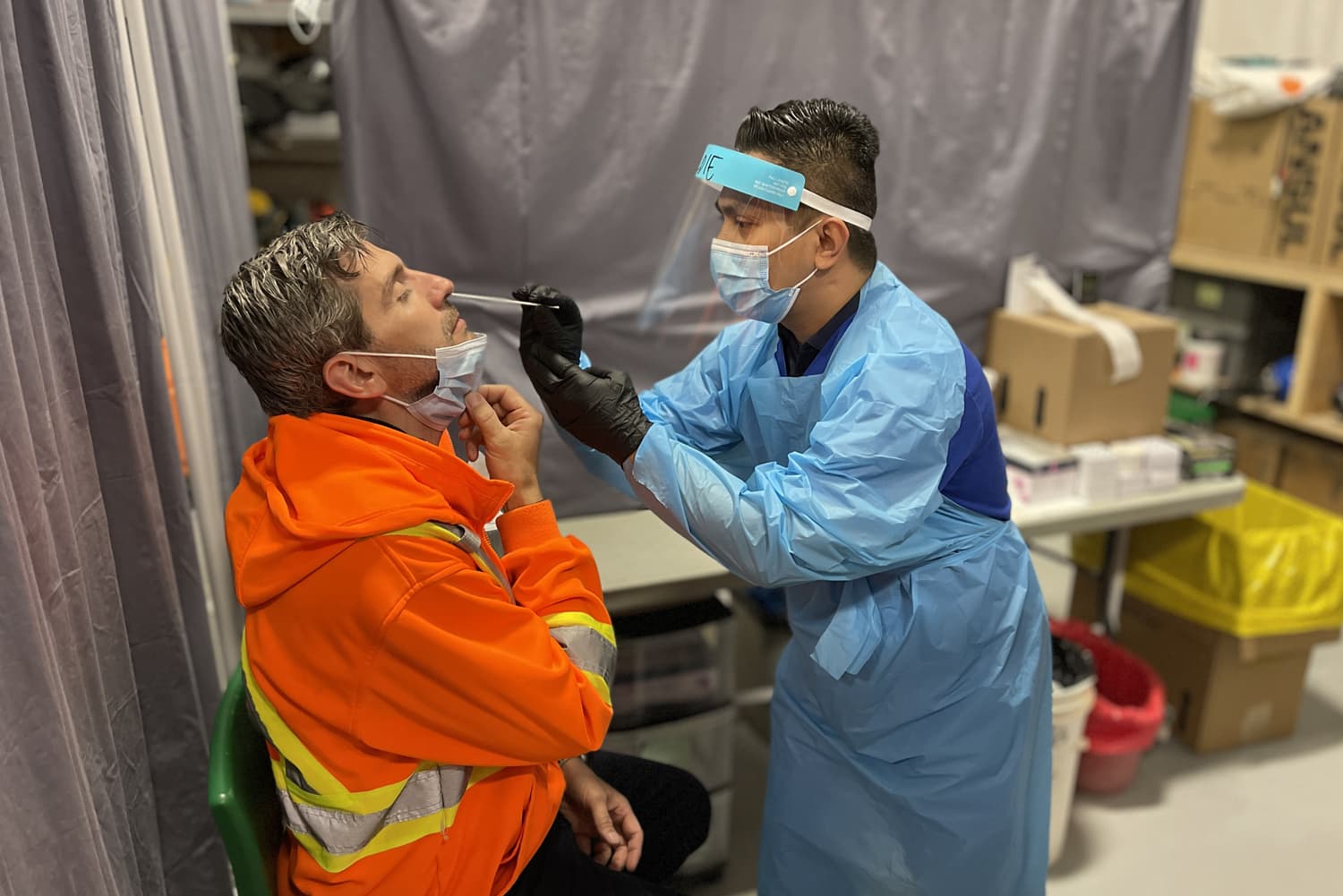 At the beginning of May 2021, New Gold began testing all employees at the mine site on the first day of their rotation.